Isekai Maō to Shōkan Shōjo no Dorei Majutsu (異世界魔王と召喚少女の奴隷魔術?, lit. "How Not to Summon a Demon Lord"), the series premiered on July 5, 2018, and will be broadcast on AT-X, BS Fuji, Tokyo MX, and Sun TV. Crunchyroll will simulcast the series worldwide outside of Asia, and Funimation will simuldub it. The series' opening theme, "DeCIDE", is performed by the unit SUMMONARS 2+, a group composed of voice actresses Azumi Waki, Yū Serizawa, Yumi Hara, Rumi Okubo, and Emiri Katō, and the ending theme, "Saiaku no Hi demo Anata ga Suki." (最悪な日でもあなたが好き。, "I Like You Even on the Worst Day."), is performed by Yū Serizawa and produced by HoneyWorks.

A second season titled Isekai Mao to Shokan no Dorei Majutsu Ω premiered April 9, 2021. Yū Serizawa with DJ KOO & MOTSU preform the opening theme EVERYBODY! EVERYBODY! and ending theme YOU YOU YOU.

Diablo is an ordinary human who is mysteriously transported to the world of his favorite MMORPG, Cross Reverie, with the appearance of his own character in the game, the Demon Lord Diablo. The two young girls who summoned him, the Pantherian Rem and the Elf Shera, attempt to use a spell to make Takuma their servant, but the spell rebounds, and both end up with magic collars stuck on their necks, thus becoming his slaves instead. With a serious case of social anxiety, Takuma decides to act like his character while interacting with others, and makes use of his high stats and vast knowledge of Cross Reverie's lore to survive in his new environment, traveling along with Rem and Shera to look for a way to remove their slave collars while helping them with their own, personal issues that led them to summon him in the first place. 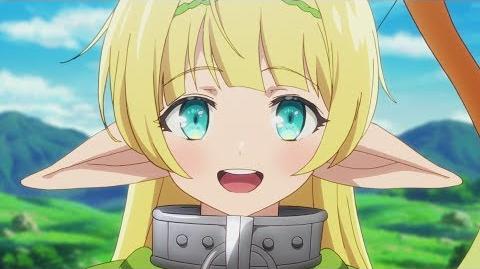 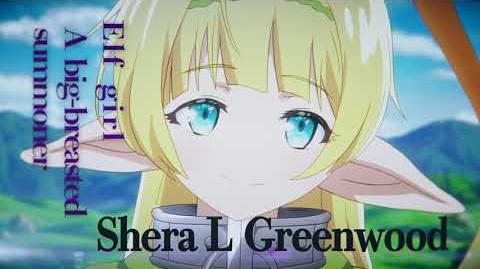 "How NOT to Summon a Demon Lord" tether promotion movie 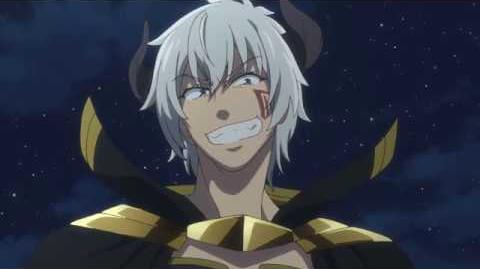 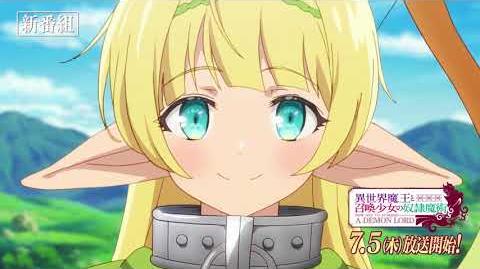 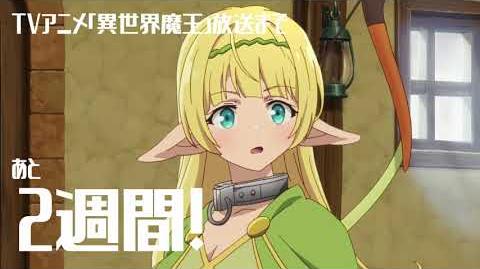 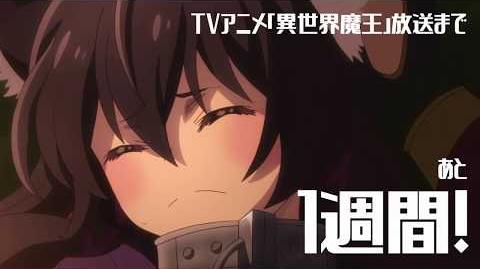 異世界魔王と召喚少女の奴隷魔術 放送まであと1週間！
PV, 1 week before anime premiere
Add a photo to this gallery

Retrieved from "https://isekai-maou.fandom.com/wiki/Anime?oldid=7783"
Community content is available under CC-BY-SA unless otherwise noted.